Is Unisex not Gender Free?

You are here:
Fantastic Fragrances 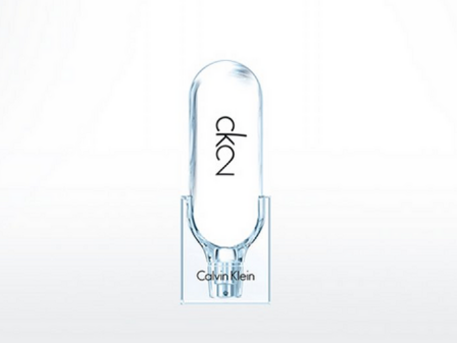 But does the market not recall the launch of CKOne, when it first arrived in 1994? It was positioned as just a simple fragrance, but creating a whole new discussion and buzz about unisex fragrance.

I am trying to grasp the difference of the two terms,

the question, therefore, is  unisex not gender free?

According to Wiki, Unisex refers to things that are not gender-specific, being objects that are suitable for any gender, it can be seen as meaning shared by both sexes and can be used to serve both men and women for objects, such as clothing shops or beauty products. So, as  I understand, that it is the same thing.

Gender free does not exist on wiki, does it need to be created?

Although I honestly think that there is not a real difference, Calvin Klein seems to think so.

A philosophical point of view

I spoke to a friend  and Doctor of Philosophy, my dear old school friend Tim Hyde, who gave me his opinion on the matter. I was going to interpret his words, but finally I will just quote him, because as a Doctor in Philosophy, I just love how he sees things, so his comment went like this:

“I think “unisex” sounds like unsexed. I mean, who the hell wants a unisex haircut?
I don’t think gender free is that great a branding job either. No one is free of gender.
There is a very important philosophical difference.

is cultural and so in principle there can be as many genders as there are people. Well, to be more specific, gender is about identification, so you usually identify with others (even queer identification which self-identifies as abnormal is ab-normal) but everyone can have a different idea of the others with whom they are identifying. Clear?”
Well that certainly has confused me more than clarified. However I do fully understand that unisex and gender free is the not the same thing, but do mean the same. Nevertheless applying these theories to a fragrance, certainly makes it clear that Coty does not want to aim for all sexes, but give us the ambiguity to be able to choose your own gender and have a fragrance that does not associate to one or another.

Tim suggests that we talk of  “pansexual“, but a pansexual fragrance no one has mentioned, as of yet! And yet that does exist on Wikipedia, and the definition is certainly interesting to add to a fragrance.

The notion of Gender free is all the latest mode, Photographers make models seem gender free, leaving the viewer to see an ambiguous model, not knowing where to situate them. Karl Largerfeld, was the first to use a man in his female collection “défilé”, several years ago. Today many ads in the glossy magazines, leave us uncomfortable to know whether the model is female or male?

Here is Eva Kaulitz-Hudec I will let you decide or find out.  Eliott Sailors too is a model who plays the gender ambiguity notion.

Singers too play with this notion, in their videos, showing images, of humans where we can doubt or hesitate to know which gender is the person. Many parents are talking of their gender neutral children, or girls that are really boys in the heart, or vice-versa. Famous couples give gender free names…Saint. It is in all the digital medias FB, Twitter….so it just seems normal that we now talk of a gender free fragrance

We are constantly exposed to this, and do we really care?

In the end a fragrance is all about the feeling that one has while experiencing its olfactory creation with your personal skin. In fact many of the newer brands have already grappled this notion, where they launch fragrance lines that are totally gender free, not aiming to any one particular gender, but free for all to choose and wear. It is so much easier, to market and sell. The classical traditional brands still place the fragrances in the eternal feminine or male launches, but in this modern world, where we are free to be whom we want, we are free to wear the fragrance of our choice, why should it only be the females that wear floral, powdery fragrances, and men the spicy strong musky odours. Today, we have beautiful strong Oud fragrances that can be worn by both, see Fragrance du Bois, that has 10 lines, with not one single line focused for men or women, but for all to choose.

We must also remember that a fragrance evolves and plays with your own natural body. Each individual lives their perfume with their own body, to their own fantasies. That is the uniqueness of it all.

So bring on the gender free fragrances, let us humans choose, mix match and embody the fragrance to be truly ME, whatever my gender!

Is there a clear way to define a ‘biological’ sex?