The story of Oud

You are here:
Fantastic Fragrances 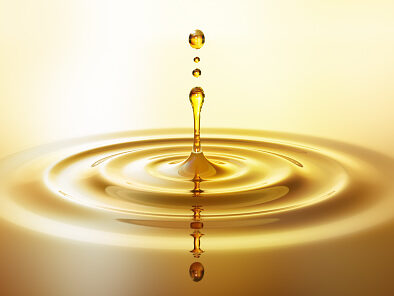 Some call it Black Gold, others have named it Liquid gold, but whatever you call it, OUD or OUDH  is a rare precious oil distilled from the Agarwood, a dark aromatic resin, and one must know that it is so rare that the price per kilo is more than Caviar. Infact it is not measured in millilitres like most oils, but in Tola’s.

The measurement of a Tola

What is Tola?, you may ask. Well the tola formed the base for units of mass measurement under the British Indian system, and was also the standard measure for gold and silver. It is a traditional South Asian unit of mass, now standardised as 180 troy grains the equivalent of 11.6638038 grams.

The price of a Tola of OUD is so high, that the tree that produce the Agarwood, the Aquilaria species, is now a listed by CITES because the trees were becoming an endangered species due to illegal felling. You see, Agarwood is the result of the Aquiliria tree being infected by a mould or fungus, and its natural defence mechanism to protect itself is the production of an aromatic dark wood resin. However from the outside one cannot see if the tree has the Agarwood, which is normally a defect that affect only 7% of the trees. One needs to fell the tree to discover the dark wood and so the precious element. It is this dark part of the wood, that is collected, by hand and then distilled to give the oil of OUD which is used in Asian and Oriental perfumery for centuries. The Agarwood, can also be burned to give the essence or used to make incense.

How does OUD smell?

Well it is an intoxicating  deep wooden odour, that wraps around you, enfolding a mystery, earthy, malty. In the Middle East, one may just wear pure OUD oil, as their culture refrains from wearing any type of alcohol. OUD has been used for millions of years as was first mentioned throughout one of the world’s oldest written texts – the Sanskrit Vedas from India, gaining great cultural and religious significance in ancient civilizations around the world. It was also renown for its medicinal qualities. Burning raw OUD wood chips elevates the soul and calms the heart like no kneaded incense can. Today, thanks to the CITES protection, and due to the high demand of the OUD oil, many have come to plant and sustain the Aqualiria tree and working together with scientists, have developed technological methods to produce the Agarwood by inoculating the mould, so that 100% of the plantation is productive. Sustainable Forestry has developed in Asia notably, Malaysia, Thailand, SriLanka, where large corporations are replanting the species and helping the village lives around the plantations with schools and work for the locals.

Despite OUD being very popular in Middle east and Asia for centuries, OUD is used today in many modern fragrances, and if you spend a little time wondering through the perfume halls of department stores, you will see many brands that carry the OUD name. Some brands have even made it their emblem of their brand.

Here are a few lists of OUD fragrances complied by some other bloggers, I, will make my list another day….